The Cyclopean Walls of Ancient Krani At walking distance from Kefalos Villas, and only three kilometers east of Argostoli, remain the ruins of ancient Krani, huge stone walls originating in the 7th or 6th century BC. The Cyclopean construction affirms the early ancient establishment of the city. The large size of the stones explains the name “Cyclopean” for the Walls, which are dated in the Mycenaean era. There can be also found some ruins of a Doric temple of Demetra and an inscription writing “Triopis Damatri and Kora” (explained as Triopis dedicates to Demetra and her daughter, Persefoni) is housed in the archaeological museum in Argostoli. The name of the woman (Triopis) indicates the ancient bonds between Kefalonia and Messinia region, arising from mythological hero’s Messinia father’s name, which was Triops.

In the south side of the hill, called “Riza” were found looted pre-Mycenaean tombs, carved in the shape of boxes. Riza was the necropolis of Krani. 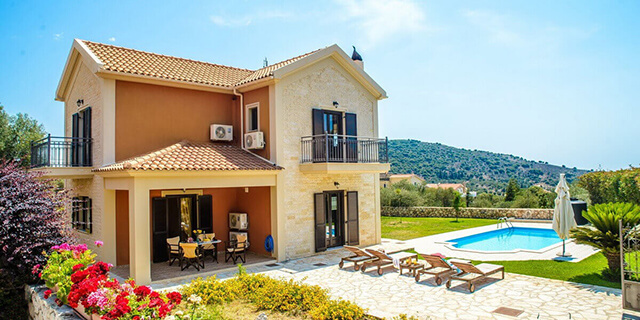